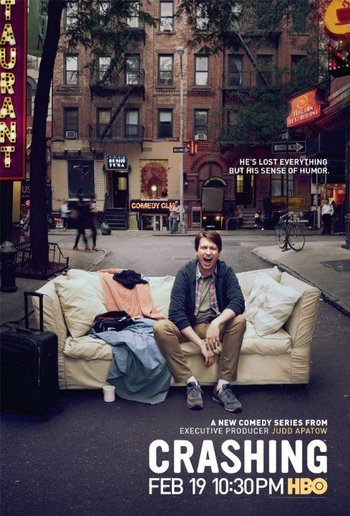 Crashing is a comedy series created by and starring Pete Holmes that aired on HBO. The show ran for three seasons, from 2017 to 2019.

Holmes plays a fictionalized version of himself as an aspiring stand-up comedian whose marriage falls apart, so he decides to dedicate himself full-time to comedy. Moving to New York City without any funds or support, he's reduced to "crashing" at the homes of various established comedians as he tries to launch his career.