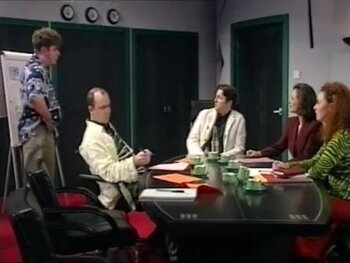 A BBC Brit Com from the 1990s about an advertising company called The Creatives, featuring Roger Allam. It ran for two series and is something of a Cult Classic, although hard to come by.