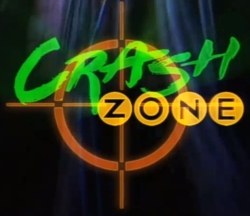 Is it really a good name for a computer-filled workplace?
An Australian 1999-2001 series about a group of high-school kids, working as game testers for the video game developer Catalyst. It lasted for two seasons.
Advertisement:

Five "tech wiz" teenagers: Mike Hansen, Alison "Pi" Renfrey, Rebecca "Bec" Chan, Marcello Di Campili and Abraham "Ram" Foley come upon a secret message on the internet. It leads them to Alexandra Davis, the president of a struggling video game company Catalyst, who is looking for brilliant game testers. Within the first episode, the protagonists all get hired, and soon discover and befriend a quirky artificial intelligence named "Virgil Reality", who from then on frequently serves the role of the show's Plucky Comic Relief. A lot of the episode plots revolve around video games, the Internet, and other modern technology.

The series was a success, was nominated for several awards, and received a novel adaptation. And yet there's still no DVD release, so if you want to watch it... tough luck.

Tropes featured in the series include: