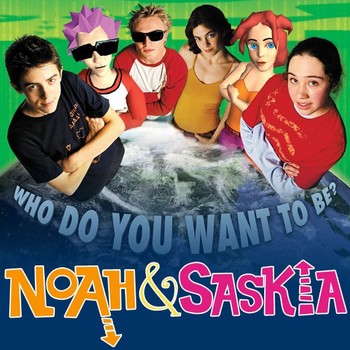 A 13-episode Australian-British co-production, revolving around two teens who meet on the internet, whose friendship changes both their lives. We begin our plot with Saskia, a 14-year-old aspiring musician who is infuriated when her music is stolen online and used as the background music for an online comic, run by a man called Max. Taking on the identity of "Indy", Saskia ventures out into cyberspace to get revenge. What she finds surprises her. Max quickly charms her, and convinces her to help work on the comic, getting equal credit. Such begins the friendship of Indy and Max.

However, Max is not all he seems either. His name is Noah King, a 14-year-old computer nerd who doesn't fit the expectations of his oblivious, but well meaning father or Thuggish older brother.

Oh, and one last detail: Noah lives in London, and Saskia in Australia.

The series is difficult to find on DVD, but copies can be found here

and in digital form on Itunes.