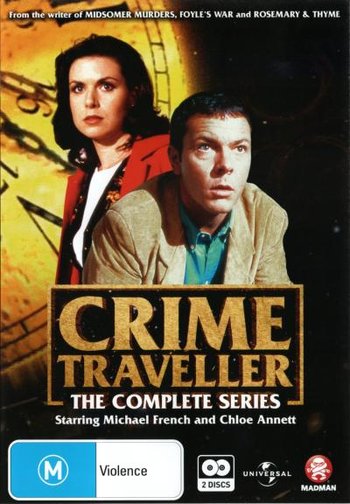 Crime Traveller was a short-lived British television series from The '90s, created and written by Anthony Horowitz. Police detective Jeff Slade discovers the existence of a time machine (maintained by Holly Turner, daughter of the inventor) that can be used to travel up to a day into the past. Slade teams up with Turner and they start using the machine to solve crimes by visiting crime scenes as the crime is occurring.

Note that using the time machine to prevent the crimes isn't an option: The past is fixed, and any attempt to alter things results in the discovery that You Already Changed the Past. It happens more than once that a crime will have some odd detail which turns out to have been caused by Jeff Slade in his attempt to solve it.