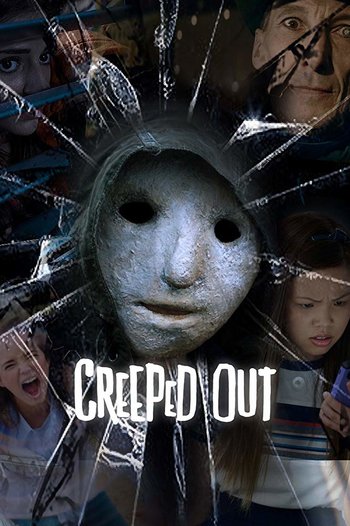 "The Curious. They say he collects strange tales. And if you ever hear his whistle...you know something creepy is about to unfold."
Opening narration
Advertisement:

Creeped Out is a CBBC British-Canadian horror anthology series. Each story is connected by a strange masked person known as "The Curious" who always appears whenever there is a strange and spooky tale to be told.