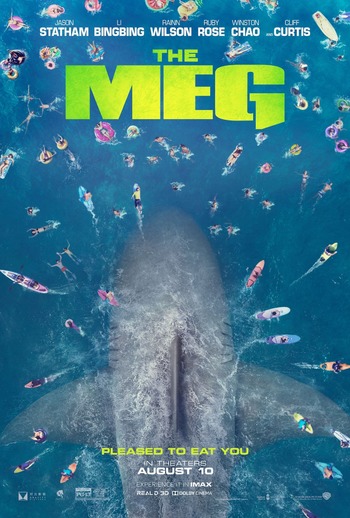 We're gonna need a MUCH bigger boat.
"There's a monster out there..."
— Meiying
Advertisement:

The story follows a group of scientists who accidentally help a 75-foot Megalodon shark to ascend from the Mariana Trench to more shallow waters and then must stop it before it does colossal damage in the oceans or beaches.

It was released on August 10, 2018. A sequel titled Meg 2: The Trench, which is based on the second book in the series, is in development with Ben Wheatley directing.

The Meg provides examples of: