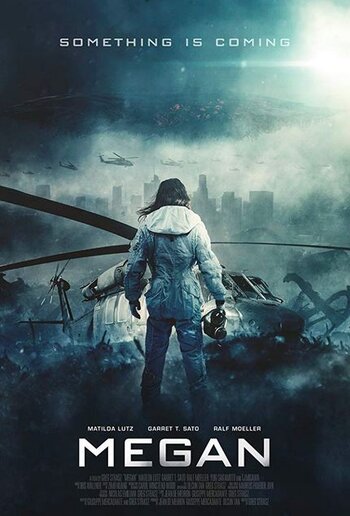 Something is coming.
Megan is a 2018 Sci-Fi Short Film directed by Greg Strasz, and starring Matilda Lutz, Garret T. Sato, and Ralph Moeller. It is set in the same world as the first two Cloverfield movies
Advertisement:

Set during concurrently with the Alien Invasion seen in Lane and the Kaiju attack in New York from the first installment, the film tells the story of the titular researcher Megan Paulson (née Stambler), and her meeting with Ganu Yoshida, CEO of the Tagruato Corporation.