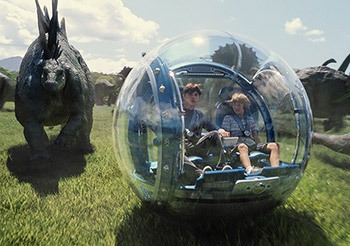 Characters using a large, spherical or cylindrical object as transportation and/or a weapon, whether by rolling or bouncing. They may use it by being inside or on top of it.