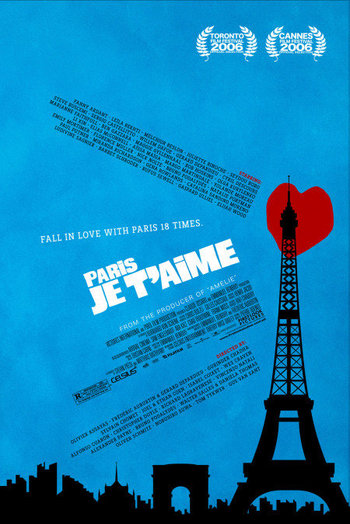 Paris, je t'aime ("Paris, I love you") is a 2006 Anthology Film starring an ensemble cast of actors of various nationalities.

This anthology film contains examples of: