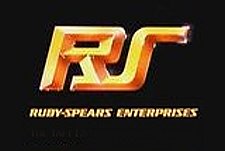 Ruby-Spears was an American animation house that was one of the more prolific animation studios of the late 1970s and throughout the 1980s. Studio founders Joe Ruby and Ken Spears started out as sound editors at Hanna-Barbera in the 1960s, eventually moving up the studio ladder into writing positions. This later led to the two creating the iconic Scooby-Doo franchise for Hanna-Barbera, though they also played a part in many of Hanna-Barbera's successes before and after Scooby-Doo. While the pair did not have a "Created by" credit on Scooby-Doo note Though they received writing credit in every episode's ending credits, they did received a "Created By" credit for Jabberjaw, and Dynomutt, Dog Wondernote Which had Crossover with Scooby-Doo.; they also co-created The Houndcats and Bailey's Comets with and for David DePatie and Friz Freleng.) After Creative Differences with H-B, Ruby and Spears left the studio in 1971, with the two supervising Saturday morning programming for both CBS and later ABC before deciding to branch out on their own.
Advertisement:

The history of the studio is a turbulent one. After its' founding in 1977, Ruby and Spears launched their own venture to add more competition to their former employer Hanna-Barbera. Even from the offset, many employees were shared between both houses in addition to the stylistic similarities of their output. Aside from similar sound effects, the animation style mimicked Hanna-Barbera's tried and true Limited Animation methods. The visual similarities led to many of the early Ruby-Spears shows, such as Fangface, often being mistaken for actual Hanna-Barbera shows. Initially owned by Filmways from 1977 to 1980, in 1981 they were purchased by Taft Broadcasting, which also owned Hanna-Barbera, making them sister companies. Hence, they were animation's best example of Friendly Enemy in the industry. Further, they understood that the generation of their time would determine the next path of Western Animation and planned accordingly. The company closed down in 1996.

While Ruby-Spears did create a few original properties, during their heyday they became particularly well known for churning out a great deal of licensed properties. These ranged from animated adaptations of live-action sitcoms, to action shows centered on then-popular film and television celebrities (most notably, Mr. T and Chuck Norris), to the wildly successful 1980s update of Alvin and the Chipmunks. They even collaborated with Warner Bros. to adapt two DC Comics creations: Plastic Man and Superman. This even extended to toys (such as Rubik's Cube) and video games.

However, Taft (or, as it was known later, Great American Broadcasting) had a lot of problems starting in the late 1980s, leading to them to eventually put both Hanna-Barbera and Ruby-Spears up for sale. The end result saw Turner Broadcasting purchase the Hanna-Barbera studio in full and the Ruby-Spears library prior to 1991. The studio itself however was allowed to go independent once more. After the sale, the company restructured into RS Holdings. This led to them working on projects such as Wild West COW Boys Of Moo Mesa, Skysurfer Strike Force and the American Mega Man cartoon.

One major point of confusion in regards to this history is that during the Turner buyout, the Ruby-Spears library was legally consolidated into the Hanna-Barbera one. This led to such confusion as Ruby-Spears DVDs having fine print saying they are owned by Hanna-Barbera and even some of the back catalog being marketed as Hanna-Barbera titles. The rights to the shows they produced after 1991 are split across various partners.

Both Ruby and Spears continued to be involved in television production in a limited capacity until the former died on August 26, 2020. Spears followed suit in passing almost three months later, on November 6.