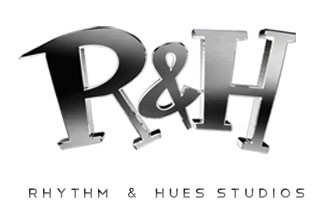 is a North American-based computer animation company that specializes in character animation and visual effects for movies and commercials. The company has facilities in Los Angeles; Mumbai and Hyderabad, India; Kuala Lumpur, Malaysia, and as of 2012, Vancouver, British Columbia and Taipei, Taiwan.
Advertisement:

A little backstory: In 1987, six former employees of Robert Abel and Associates (TRON) split from the company to form their own. Until the early 1990s, they mainly did commercial and logo work for companies like ABC, Sunbeam, Hasbro, United Artists (their first client) and many more.

It wasn't until 1990, with help from Industrial Light & Magic, that they got their first film job (Flight of the Intruder). Since then, they've been responsible for more than 150 films, hundreds of commercials (including the Coca-Cola Polar Bears) and several video games. R&H has received three Academy Awards for Achievement in Visual Effects, (Life of Pi, 2013, The Golden Compass, 2008, and Babe, 1995), and four Scientific and Technical Awards from the Academy of Motion Picture Arts & Sciences (AMPAS). R&H was also nominated for an Oscar for its work on The Chronicles of Narnia: The Lion, the Witch and the Wardrobe.

In 1999, they bought effects company VIFX from 20th Century Fox.

The company filed for bankruptcy in 2013

, some time after Digital Domain and Matte World Digital did the same. Much to the shock of the VFX community at large. Said community got even more enraged when the Academy cut the microphone of a supervisor mentioning the financial turmoils receiving his Oscar for Life of Pi. R&H was purchased by Los Angeles/Indian-based Prana Studios a few months afterwards.

Besides Flight of the Intruder, Rhythm & Hues' work includes: