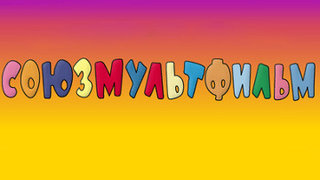 Soyuzmultfilm (Союзмультфи́льм, Union Cartoon) is a Russian animation studio now owned by the Ministry for Culture of Russia. It was the largest and most influential animation studio of the Soviet Union's existence and has made at least 1500 animated films or shorts. Soyuzmultfilm was also noted for its variety of animation styles; it was very willing to experiment as the animators were paid by the Soviet Academy of Film regardless of the success of the films.
Advertisement:

It was founded in 1936 as Soyuzdetmultfilm (Союздетмультфильм, Union Children's Animations) but was renamed to Soyuzmultfilm the next year. In 1954, it made its own puppet division, allowing it to release stop-motion works.

During the Perestroika years, Soyuzmultfilm suffered an economic crisis due to underfunding and new management. During that period, it was turned into an enterprise in 1989, being leased for 10 years.

Soyuzmultfilm was in deep trouble in the 1990s, having lost nearly 90% of its staff and being forced to scale back its output considerably. The building housing the puppet division was transferred, in a court decision involving several other buildings, to the Russian Orthodox Church. Before the company could react to this turn of events, an Orthodox Cossack squadron, accompanied by religious locals, broke into the building and destroyed with actual swords what they termed the "satanic puppets animated with the blood of Christian babies" (no really, this happened); the studio employees were not allowed to come in and salvage anything.

Soyuzmultfilm went to several legal processes in the second half of the 1990s and eventually split into two separate companies. They are "Soyuzmultfilm Film Fund", which has the rights of all pre-split works, and "Film Studio Soyuzmultfilm", which is developing new projects.