Series / Troy: Fall of a City 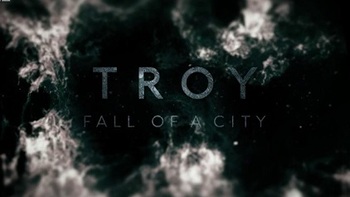 Troy: Fall of a City is a British-American miniseries film in South Africa based on the Trojan War and the love affair between Paris and Helen, played by Louis Hunter and Bella Dayne respectively. The show tells the story of the 10 year siege of Troy, set in the 13th century BC. The series was commissioned by BBC One and is a co-production between BBC One and Netflix, with BBC One airing the show on 17 February 2018 in the United Kingdom, and Netflix streaming the show internationally outside the UK.

Alternative Title(s): Troy The Fall Of A City