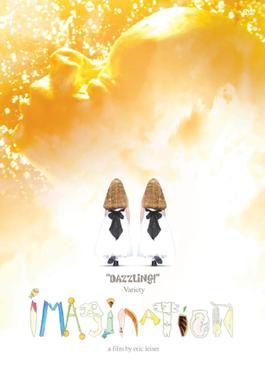 Imagination is a 2007 American animated/live-action movie directed by Eric Leiser and written by Eric and Jeffrey Leiser.
Advertisement:

Anna Woodruff (Nikki Haddad) has Asperger syndrome, and her identical twin sister Sarah (Jessi Haddad) is going blind. Both twins are intensely involved in their imaginations, suffer from nightmares of the future, and engage in bizarre behavior such as synchronized hand movements. Child psychologist Dr. Reineger (Ed Gildersleeve) believes that he can cure the twins by rewiring their thought processes, and takes them into an institution for further study. After a family tragedy strikes, the twins escape the institution to search for the albino fawn, the being they believe is responsible for their disabilities and their visions.