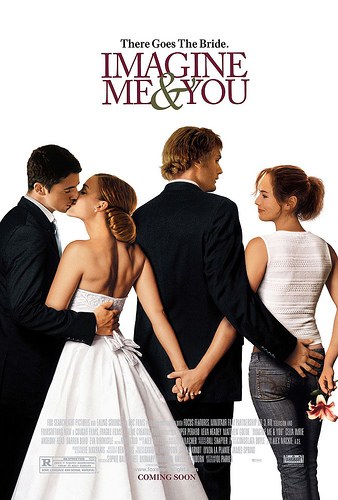 There goes the bride.
Advertisement:

Imagine Me & You is a 2005 British Romantic Comedy about a newlywed who finds herself falling in love with someone else - the lonely woman who arranged the wedding flowers. As she's walking down the aisle to her husband-to-be.