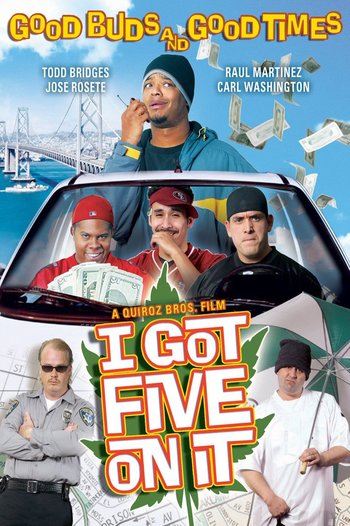 I Got Five On It is a 2005 comedy movie by Pumpkin Patch Pictures. The movie is centered around Jimmy (played by Todd Bridges) and his friends Oscar, Arnie, Rob, and Barney Bumble, who are on a mission to party and have a great time. When Jimmy gets scammed and arrested by an officer, they go on a road trip throughout the streets of Oakland in an attempt to get payback. The movie received a sequel in 2009, which was titled I Got Five On It Too. It continued the adventures of Jimmy and his friends.

I Got Five On It provides examples of:

I Got Five On It Too provides examples of: