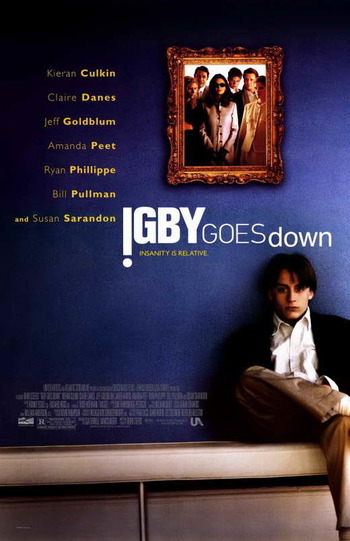 The film centers around Jason "Igby" Slocumb (Culkin), a misanthropic and wealthy New York City teenager who attempts to break free of the clutches of his overprotective, drug-addicted mother (Sarandon). The film was warmly received by critics, many of whom drew comparisons to J. D. Salinger's The Catcher in the Rye.