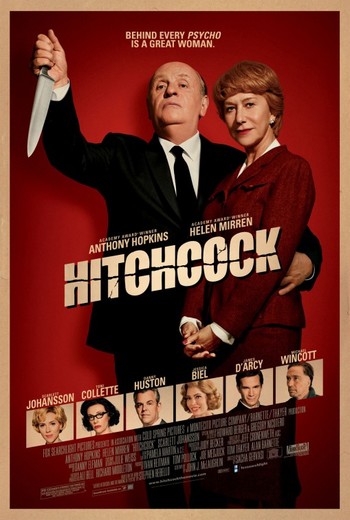 Beware of the knife ones...
"You shouldn't wait until half way through. Kill her after thirty minutes."
— Alma Reville Hitchcock
Advertisement:

Hitchcock is a 2012 biographical film by Sacha Gervasi about Alfred Hitchcock, and stars Anthony Hopkins as the title role and Helen Mirren as Hitchcock's wife Alma. The film revolves around the creation of one of Hitch's most prominent works, Psycho from its inception as a titillating book he is reading to watching the first theater goers scream in fright at the infamous shower scene.