Film / The Incredibly True Adventure of Two Girls in Love 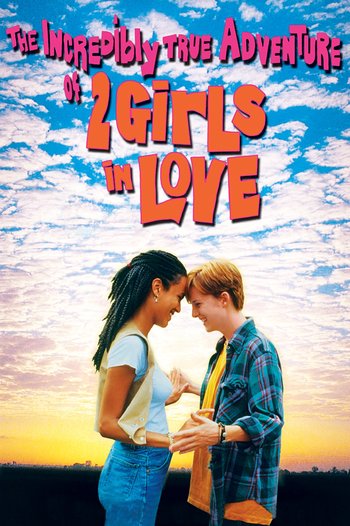 A 1995 indie film directed by Maria Maggenti and released by Fineline Features (New Line Cinema's former specialty films division) about two girls who (you guessed it) fall in love.

Randy Dean (Laurel Hollomon), a 17-year-old lesbian, is in her final year of high school and is getting failing grades. One day, Evie Roy (Nicole Ari Parker), a girl from Randy's school, stops by the gas station Randy works at, wondering if her tire needs more air. This is the moment that Randy and Evie talk for the first time, and from then on they start hanging out with each other and eventually fall in love.