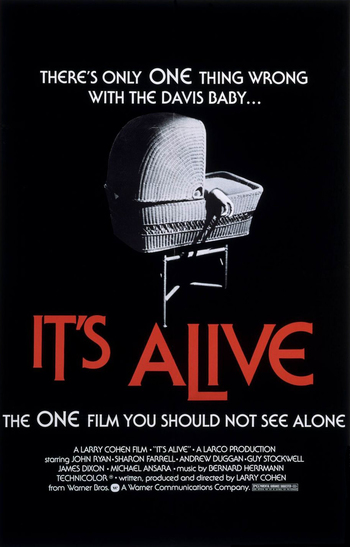 Whatever it is, it's alive... and deadly.
Advertisement:

Los Angeles PR executive Frank Davis (John P. Ryan) and his wife Lenore (Sharon Farrell) are overjoyed at the imminent arrival of their second child. Unfortunately, their baby... comes out a little odd. And it turns out to have a nasty habit of killing when it's scared. Which is pretty much all the time.

Not to be confused with the show about fermentation on Bon Appétit.