Film / I Love You, Beth Cooper 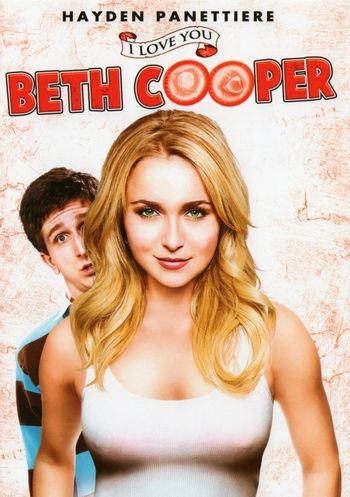 I Love You, Beth Cooper is a 2009 teen comedy directed by Chris Columbus and written by Larry Doyle from his own novel, in which high school geek Denis (Paul Rust) chooses his valedictorian speech to let the titular cheerleader (Hayden Panettiere) know his feelings. Even though she's gorgeous, popular and has a psycho army boyfriend. Later that day he and his best friend, having invited her and her friends around for a party, are surprised when they turn up. This isn't the only surprise fate has in store for Denis, since Beth isn't quite the girl he visualized...