Film / I Think I Love My Wife 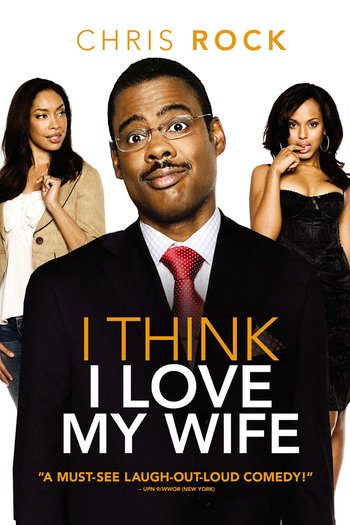 I Think I Love My Wife is a 2007 romantic comedy film directed by and starring Chris Rock, based on Éric Rohmer's 1972 French film Chloe in the Afternoon. Rock also teamed with Louis C.K. to write the screenplay adaptation.

Richard Cooper (Rock) is a New York executive with an ostensibly perfect life. However, despite his loving wife Brenda (Gina Torres) and their two children, Richard is bored with his sexless marriage. Enter Nikki Tru (Kerry Washington), an old friend who wants to reconnect. Faced with Nikki's youth and sensuality, Richard starts to have a crisis of fidelity with regards to his comparatively mundane home life. Their friendship seems innocent enough to Richard, but the last man to date Nikki wound up psychologically obliterated by the experience. Will Richard be next?

I Think I Love My Wife provides examples of: