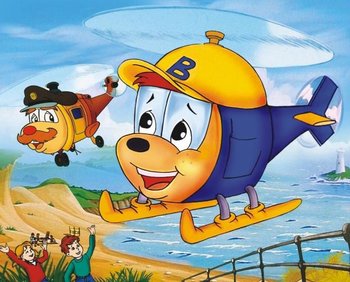 Budgie the Little Helicopter is an animated TV series based on books written by Sarah, Duchess of York. It focuses on the adventures of Budgie and his friends Pippa, Chuck and Lionel, all sentient aircraft, at and around the fictional Harefield Airfield.