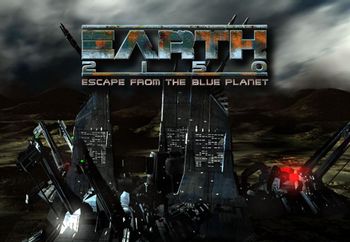 The most known part of a Polish Real-Time Strategy game series developed by Reality Pump and published by TopWare Interactive and later by Zuxxez Entertainment who bought up TopWare's assets after the latter's bankruptcy in 2001. The series consists of four main titles and four expansion/mission packs.

Unfortunately, the games' relative obscurity and TopWare's ongoing financial troubles, including bankruptcy in 2016, means there's practically zero chance for the series to be revived.

As a whole, the series contains examples of the following tropes:

Earth 2150, The Moon Project and Lost Souls has examples of: