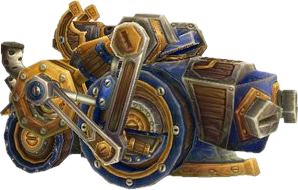 Not your average party tank.
"A man can only swing a sword as hard as man can. A goblin behind a machine can pulverize a fortress."
— Senior Sapper Pickler, A Practical Guide to Evil
Advertisement:

Siege engines are war machines of various sorts used by attacking armies to help them win a siege, whether by destroying enemy fortifications, helping to bypass them, or attacking enemy forces through or over the walls. They’ve been fairly common in Real Life from ancient times until the end of fortresses as major military factors, and are as a result very well represented in fantasy works, alternate history and Historical Fiction. Often used during The Siege or when Storming the Castle.

Defending armies may use siege engines as well, usually to repel enemy attempts to breach or scale the walls or attack the enemy without having to leave the safety of their fortifications.

Siege engines can come in various types for various tasks, with the more common variations including:

Historical accuracy varies and the Rule of Cool rules. Depending on the setting, cannons may also appear, making knocking down thinner walls in a realistic fashion an option (other siege weapons almost always rely on bypassing the wall or attacking those inside from range rather than knocking it down).

They accentuate the menace of an approaching army and their appearance in a siege is often closely followed by a crisis point for the defenders. Siege engines give potential for great visuals, such as the straining muscles of the attackers working their dire engine, or the horrified defenders watching an incoming payload and then the explosive impact. Also expect Arrows on Fire, and if there are siege towers, expect them to catch fire and topple. See Catapult to Glory for when people are used as ammo. See also Anti-Structure, which is about weapons that are effective against structures. And if someone wields a ballista as a handheld weapon, it may overlap with Great Bow.