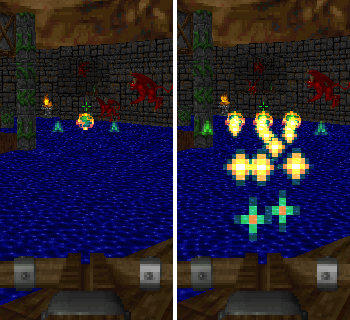 A Power-Up that yields temporary boost in speed, power, or damage for a character. Most common in the First-Person Shooter, Third-Person Shooter, and melee fighting games. A mild version of the Invincibility Power-Up, and cousin to the Nitro Boost and Sprint Shoes. Usually a Timed Power-Up. Often accompanied by some sort of conspicuous glow or aura that lets players know who has the power up.