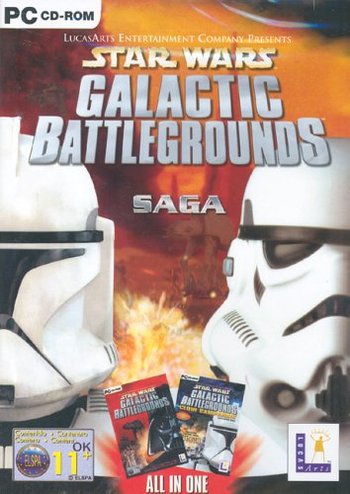 Star Wars: Galactic Battlegrounds is, depending on who you ask, Age of Empires IN SPACE! or an Age of Empires-like strategy game set in Star Wars Legends where players pick a faction and try to complete the objectives (it even uses the same

Game Engine as Age of Empires II). The original game featured the Rebel Alliance, the Galactic Empire, the Royal Naboo Security Forces, the Gungans, the Trade Federation, and the Wookiees. Clone Campaigns, its expansion, included a new Air Cruiser model for all factions, a new type of supply droid, as well as the factions of the Grand Army of the Republic and the Confederacy of Independent Systems (aka, the Clone Army and the Separatists, respectively).