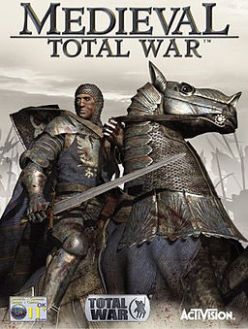 Medieval: Total War is the second game in the Total War strategy franchise. As a sequel to the first part of the series, Shogun: Total War, it shares many aspects of graphics and gameplay with the latter game. Starting in the late 11th century, the player takes control of one of the many kingdoms ruling over Europe and the Mediterranean. Through a mixture of manoeuvring armies and provincial administration on the Risk-style campaign map and fighting real-time battles whenever a province is invaded, the player seeks to win the game either through dominance of the map or through fulfilling given victory conditions.

Medieval: Total War is the last game in the series to feature a purely "Risk"-Style Map for the campaign, as well as the last to depict soldiers on the battlefield as 2-dimensional sprites. From Rome: Total War onwards, armies can be manoeuvred to individual places on the campaign map rather than just between provinces, and soldiers on the battlefield are depicted in 3d. Despite the comparatively antiquated technology, Medieval: Total War is nevertheless worth playing for its dense atmosphere, good balance and stronger AI than most of the following games in the series until Total War: Shogun 2.

One expansion pack was released for the game, Viking Invasion. Set in Britain, Ireland and Scandinavia during The Early Middle Ages, the player seeks to gain control of the British Isles as one of the Anglo-Saxon or Celtic kingdoms and fend off Norse threat, or to play as the Vikings and conquer the place yourself.