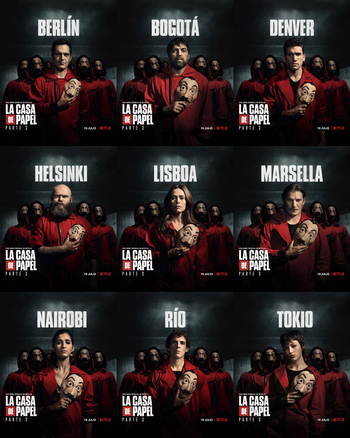 A variant is to name characters after directions, such as up/down/left/right or north/south/east/west. This tends to be more common in Japanese works.