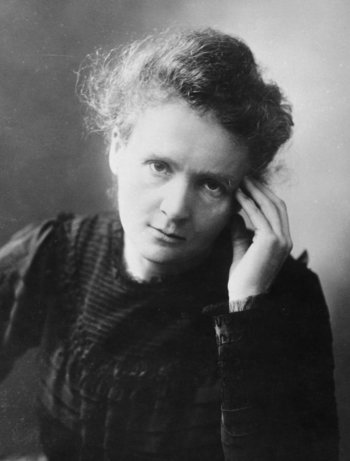 In 1903, she shared the Nobel Prize for physics with her husband, Pierre Curie, and physicist Henri Becquerel for their work on radiation. She received her second Nobel Prize, this time in chemistry, for her discovery of the elements radium and polonium. These weren't her only notable accomplishments - she also established the first field radiological centers during World War I.

Curie died in 1934 at the age of 66, having developed aplastic anemia due to her exposure to large amounts of radiation because of her work. To this day, her papers are too dangerous to handle. Anyone wanting to consult them must wear protective clothing (copies have been made to circumvent this problem).