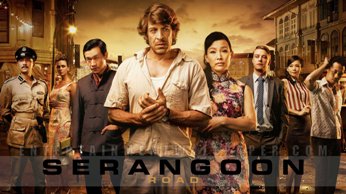 Serangoon Road is a 10-episode TV series coproduced by HBO Asia and the Australian Broadcasting Corporation. It stars Don Hany and Joan Chen. Despite good reviews and ratings, HBO Asia representatives have mentioned in press statements that the show will not have another season.

Set in Singapore in the mid-1960s, the show focuses on Sam Callaghan, an Australian expatriate with a shadowy past who joins a local detective agency. His investigations take place on a backdrop of political upheaval and racial tensions, as the island is on the verge of becoming an independent city-state.