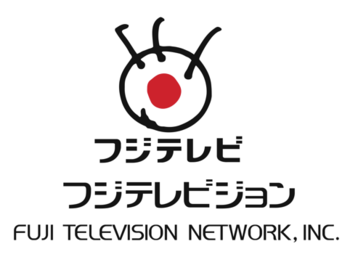 Fuji Television Network, Inc AKA Fuji TV (Fuji Terebi, フジテレビ, or CX for short) is a Japanese television station based in Odaiba, Minato, Tokyo, Japan.note It moved to Odaiba in 1997, having been headquartered in Kawada-cho, Shinjuku, since its founding. It is the flagship station of the Fuji News Network (FNN) and the Fuji Network System. The station (call sign JOCX-TV on channel 8 until analog shutdown in 2011, JOCX-DTV on channel 21 since) has been on the air since 1959. The station originally had a "family friendly" image and was known for its early support of TV anime, with early hits including Astro Boy, Kimba the White Lion, Speed Racer, Mazinger Z and the World Masterpiece Theater franchise. However, the station's overall low ratings during the 1970s led to a refocus on comedy in the early 1980s, with a new Catchphrase, "If it's not fun, it's not TV!"note in Japanese: 楽しくなければテレビじゃない! (Tanoshi-ku na kereba terebi ja nai!) The rebrand boosted the station's ratings and led to the development of many of the comedy anime series which became well loved around the world. In recent years, however, the station has retreated into the ratings dumpster, with even TV Tokyo, Japan's smallest TV network, outrating it at times.

Shows aired by Fuji TV and its affiliates: