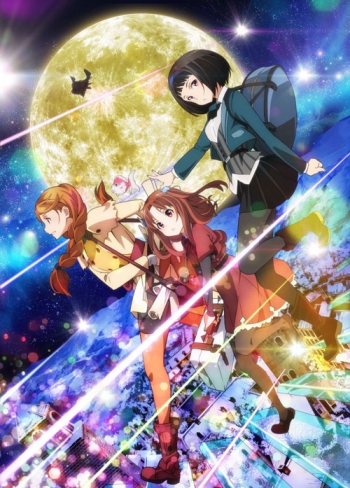 An anime by A-1 Pictures and directed by Yasuomi Umetsu, which started airing on noitaminA during the Fall 2013 Anime Season.

It is 20 Minutes into the Future, and while our planet is still aesthetically familiar, Humongous Mecha are now commonplace, and are used by both terrorist groups and the international authorities to capture specific targets.

The story follows the Ferrari sisters, Hazuki, Kazuki, and Hozuki, often referred to as the "Galileo Girls" or the "Galileo Sisters". All three girls are descended from the legendary astronomer and inventor Galileo Galilei. It is for this reason that they are now being targeted for kidnapping by multiple criminal organizations, seemingly because they possess "Galileo's Inheritance."