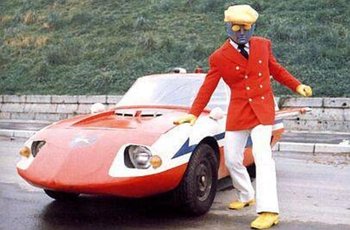 Robot Detective was a series lasting through April 1973-September 27, 1973. It was a tokusatsu by Shotaro Ishinomori about an android named K who fought against the schemes of the terrorist organization BAD, who created robots to commit various crimes.

The show's being made available

by Toei in 2020 with official English subs to promote the show overseas.