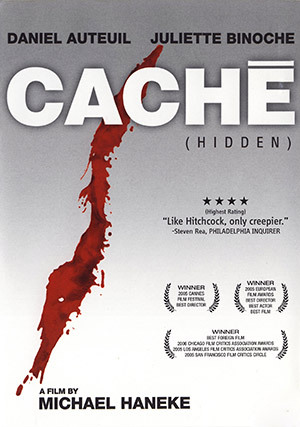 Caché (English: Hidden) is a 2005 French language Psychological Thriller written and directed by Michael Haneke. Starring Daniel Auteuil as Georges and Juliette Binoche as his wife Anne, the film follows an upper class French couple who are terrorized by anonymous tapes that appear on their front porch and hint at childhood memories of the husband.