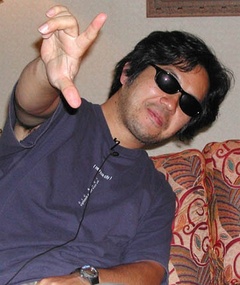 Shinichiro Watanabe (born May 24, 1965) is a well-known Japanese anime director.

Not to be confused with Shinichi Watanabe, the director of Excel Saga.

He has directed the following full-length works:

He has also worked on:

He's also the music producer for Michiko & Hatchin and Lupin III: The Woman Called Fujiko Mine