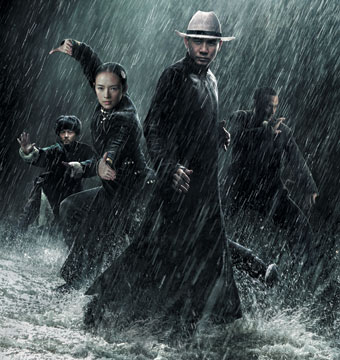 "Kung-fu, that's two words. One vertical, one horizontal... At the end of the fight, only one man is left standing."

The Grandmaster is a 2013 biopic of martial arts master Ip Man directed by Wong Kar-wai and starring Tony Leung Chiu-wai and Zhang Ziyi. The martial arts sequences were choreographed by Yuen Woo-Ping.

It has no ties to the Ip Man film series.