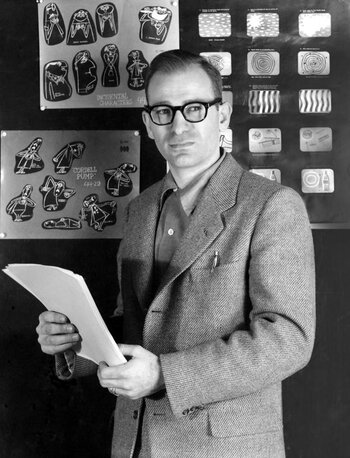 He got his start in 1953 at the New York branch of UPA, which primarily produced commercials and industrial films. It was there that he made his directorial debut with Howdy Doody and His Magic Hat, a pilot short for a scrapped theatrical series based on the Howdy Doody TV show. It was also there that he began his association with voice artist Allen Swift, who performed all the voices for the cancer PSA Pump Trouble. He and Swift would be best friends up until the latter's death in 2010.

In 1956, Deitch took his talents to the Terrytoons studio, where he became supervising director. There, he was known for bringing some well-needed creative punches to the studio; among his notable works a series of made-for-TV shorts starring Tom Terrific, as well as shorts featuring new characters like Sidney the Elephant, Clint Clobber and Gaston Le Crayon. Among the films he supervised was Sidney's Family Tree, which was nominated for an Academy Award in 1958. His tenure at Terrytoons was short-lived however, and that same year, he was fired from the studio.

In 1959, he started his own studio behind the Iron Curtain in Prague, Czechoslovakia, where he resided till his death. He started a partnership with William L. Snyder of Rembrandt Films to make films for him; their first project was "Munro", a story by cartoonist Jules Feiffer about a four-year-old boy drafted into the Army. It went on to win the Academy Award for Best Animated Short Film in 1960. In the 1960s, Deitch directed shorts featuring characters from a variety of clients, such as some TV shorts starring Popeye and Krazy Kat for King Features Syndicate, and, perhaps his most widely-known work, a series of 13 theatrical Tom and Jerry shorts for Metro-Goldwyn-Mayer. Among his independent projects included "Self Defense...For Cowards" and a theatrical series of shorts starring the character Nudnik, which Ditch considers his most personal work. He also worked on Czech dubbed versions of television shows, including translating the scripts for the first 52 episodes of the original Czech dub of DuckTales.

From 1968 until his retirement in 2006, Deitch adapted children's picture books for Weston Woods/Scholastic. He was awarded the Winsor McCay Award in 2003 for his contributions to the animation industry.