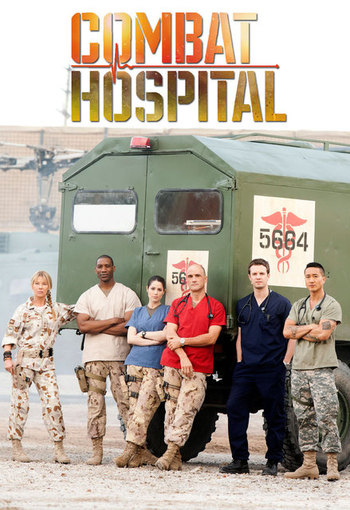 Combat Hospital is a Canadian series set in a military hospital in Kandahar, Afghanistan during the middle of the conflict there in 2006. The series actually started in June, 2011. The first season ended in September, 2011 without any chances of being renewed since ABC opted not to continue working with Shaw, forcing them to end plans to continue producing the show.

The show focuses on the lives and work of a multinational International Security Assistance Force medical team as they struggle to cope with the challenges of working in such an environment. Major Rebecca Gordon (a Canadian trauma surgeon) and Captain Bobby Trang (US Army diagnostic specialist) join Colonel Xavier Marks and the rest of his team near the frontlines in the first episode and are thrown into the thick of the action. The other main characters include civilian neurosurgeon Dr. Simon Hill and Major Grace Pedersen (an Australian psychiatrist).