Literature / The Power of One 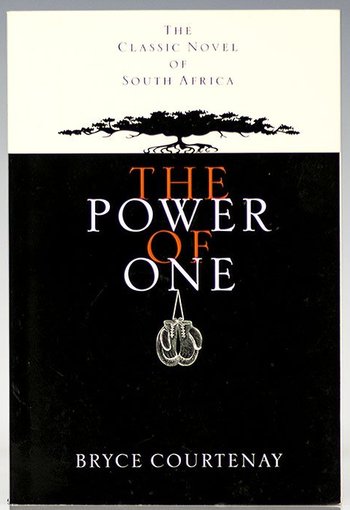 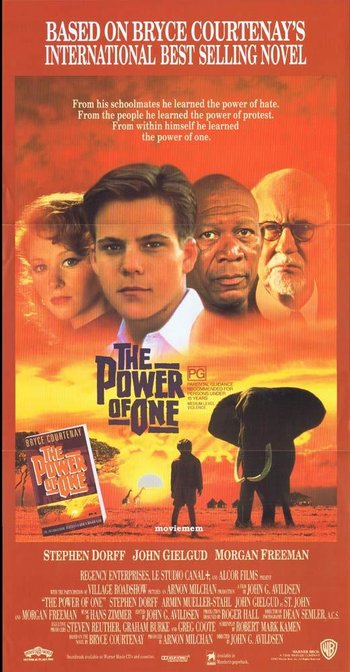 The Power of One (1989) is a novel by Bryce Courtenay set in South Africa just before and during World War II. It follows the life of an English boy known only as Peekay after his mother suffers a nervous breakdown and he gets sent to an Afrikaner Boarding School of Horrors. After leaving the school, Peekay gets on a train for Barberton and meets Hoppie Groenwald, the train guard and a welterweight boxer. After witnessing Hoppie's match, the young boy is entranced by the sport and encouraged by Hoppie to become the welterweight champion of the world.

A film adaption was released in 1992. It scores a 2 on the Sliding Scale of Adaptation Modification. It should not be confused with the second feature-length Pokémon movie, which in English bears the same title.

Alternative Title(s): The Power Of One