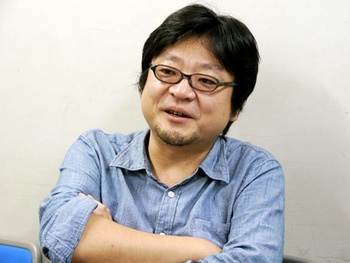 Originally working for Toei Animation, he went to Madhouse in 2005, and left Madhouse after 2011 to create his own animation studio Studio Chizu. He earned his first Oscar nomination for his film, Mirai of the Future, which is the first non-Ghibli anime film to be Best Animated Feature at the 2019 Oscars.

Mamoru Hosoda and his works provide examples of: