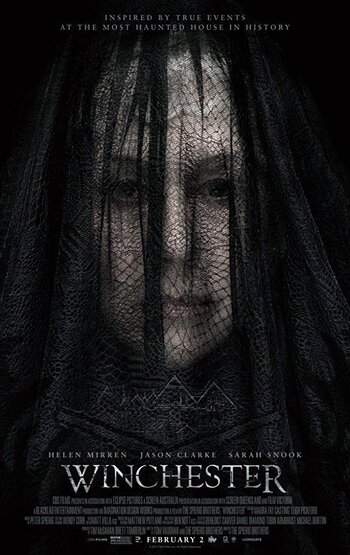 Winchester (previously titled Winchester: The House that Ghosts Built) is a horror film directed by The Spierig Brothers and starring Helen Mirren as Sarah Winchester and Jason Clarke as Eric Price.

Sarah Winchester is adamant that she is cursed after her husband and child died suddenly, and under advisement from a medium, she begins building the Winchester Mystery House in San Jose, California.

The film was released on February 3, 2018 by Lionsgate and CBS Films.