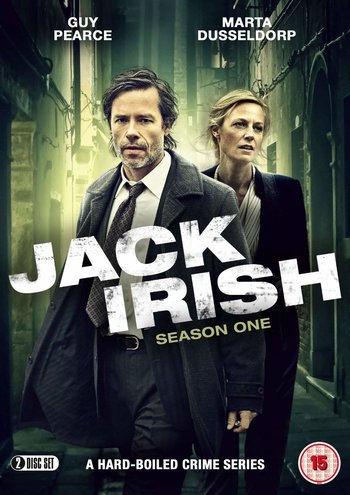 Jack Irish: "My car’s been stolen, I’ve lost a client, and now they’re trying to pin a murder on me."
Drew: "Apart from that, all good?"
Jack Irish: "All good."
Advertisement:

Jack Irish is a 2016 Australian television series based on the novels of the same name by Peter Temple. It aired in Australia via the Australian Broadcasting Corporation. The show stars Guy Pearce, Marta Dusseldorp, Aaron Pedersen and Roy Billing. According to ABC, the TV show is not connected to the television movies that have previously aired in the same network.note To be honest, some of the history of some relationships already established in the TV series between Jack and most of the recurring characters can be best viewed in the TV movies.