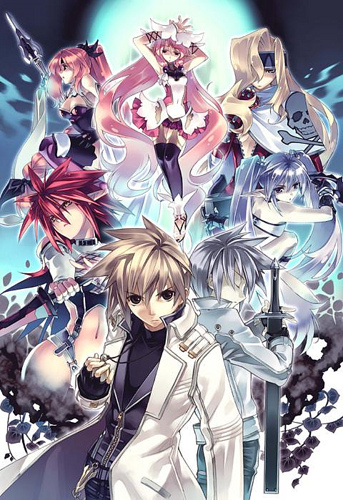 Agarest Senki (known as Record of Agarest War on consoles in North America and Agarest: Generations of War in Europe and on PC in North America) is a strategy RPG developed by Idea Factory, Compile Heart, and Red Entertainment and released in North America by Aksys Games on 27 April 2010 for the PlayStation 3 and Xbox 360, and for the PC on 3rd of October 2013 through Steam after getting Greenlit by users.

The story begins with Leonhardt, also known as General Golden Leo, turning against his men while protecting the life of a young elven girl and giving his life in the process. He is approached by a mysterious woman known as Dyshana, who agrees to resurrect him in exchange for an oath: To become a Spirit Vessel and pledge both his life and the lives of his descendants to her cause.

Not to be confused with Record of Lodoss War or Record of Grancrest War.