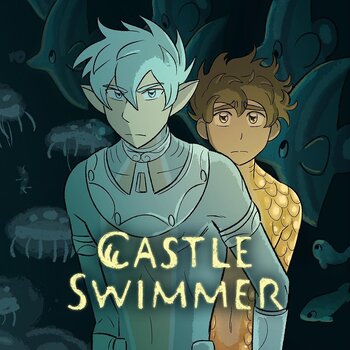 Pictured (from Left to Right): Siren and The Beacon/Kappa
Advertisement:

Have you ever wondered what it's like to be the Chosen One? Kappa, or "The Beacon" as most refer to him, does; and it's nowhere near as fun as it sounds. Unfortunately for him, he's compelled to fulfill the ancient prophecies of every mer kingdom in the sea by the enigmatic God of the Surface. He goes about this routine until one day he comes across the castle of the sharks. Unlike every other castle, rather than helping them fulfill some task, their prophecy involves killing Kappa to break the curse that is slowly wiping them out. However, this is also where he meets Siren, prince of the sharks and the very person destined to end his life. Despite this, the two of them quickly form a friendship which causes them to question their respective roles and possibly escape the shackles of fate.