Literature / The Path to War 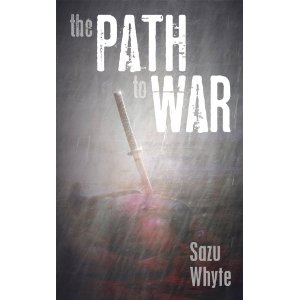 Tanya: I did what they asked of me! I destroyed those who wished to cause our race harm!

The story starts with Zan and his score of mooks attacking the human town Tanya is currently resting in because they are neutral and serve any who pass through their town. Considering the current war going on, Zan's higher ups don't take kindly to this and order Zan to go and slaughter the lot of them for such an offence. Tanya and Muzok stave off the attack, and a beautiful relationship is born.

It follows from there as more is revealed about Tanya, her species and the prophetic role Tanya plays being the Chosen One of her people meant to bring down the humans in the ongoing war. But trouble is hot on her heels in the form of whispers in her mind and shadows in the corners of her eyes. Something lurks beneath the bones of the world, waiting to be set free...

Originally released in physical format during mid-2011 called "The Path to War", it has since seen an drastic overhaul and conversion as a kindle book.

Prophecy of the Dogoro contains the following tropes: