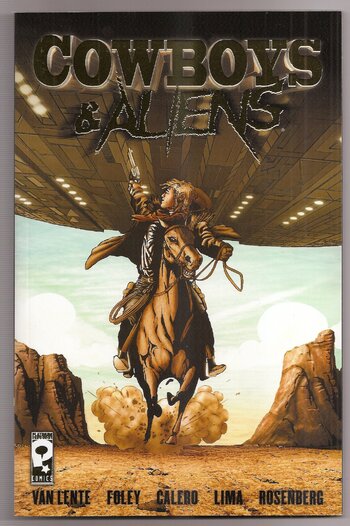 The plot follows your typical alien invasion in the wild west, an extraterrestrial species landing in Arizona intending to enslave humanity, but cowboys and native Apache have other plans.