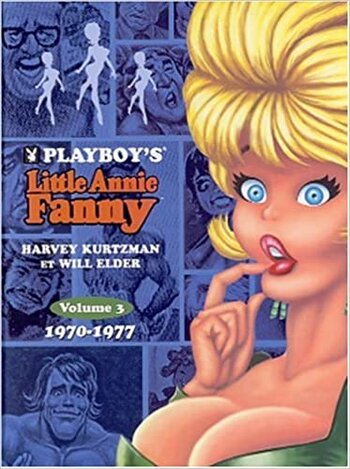 Little Annie Fanny was a satirical comic strip created by Harvey Kurtzman and Will Elder that was featured in the magazine Playboy and ran from October 1962 to September 1988.

The comic was about a voluptuous blonde woman who wasn't very bright and often went on misadventures that resulted in her being disrobed.

Around 2000 and 2001, Dark Horse Comics collected every strip in two volumes.