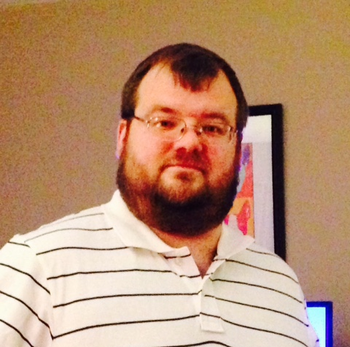 Not a wookiee.
Advertisement:

C.T. Phipps is a lifelong student of horror, science fiction, and fantasy. An avid tabletop gamer, he discovered this passion led him to write and turned him into a lifelong geek. He is a regular blogger on The United Federation of Charles and Grimdark Magazine.

C.T. Phipps is also the creator of the popular tabletop RPG setting, Halt Evil Doer!. He is also the author of The Rules of Supervillainy, Agent G, Cthulhu Armageddon, and Lucifer's Star, and The United States of Monsters.

His works contain the following tropes: